MOURNING FOR A PIONEER

MOURNING FOR A PIONEER

In deep mourning, the family, management and employees of the STÖBICH Group bid farewell to company founder and shareholder Dr.-Ing. Jochen Stöbich, who passed away on the morning of 24 February 2021 after an illness.

The news of the death of the company's founder and managing partner until October 2020 has moved numerous friends, acquaintances and employees of the STÖBICH Group around the world.

Jochen Stöbich, who was born in Goslar on 3 June 1943 as the son of the Upper Austrian Oberfeldmeister Josef Stöbich and his wife Bertha, spent his childhood in Austria, his home country, from 1949 to 1958. After the family returned to Wolfshagen in the Harz region of Lower Saxony, where his grandparents still lived, Jochen Stöbich completed an apprenticeship as a motor vehicle mechanic at a car dealership in Goslar. His career path then led him to the window and façade industry, where he first became a plant planner, later a production manager, and finally a managing director in 1979. He passed his engineering examinations in mechanical engineering in 1968, his welding examinations in 1975, and his doctorate in engineering from the Technical University of Clausthal in 2001.

Inspired by a major fire at the biscuit manufacturer Bahlsen, where a fire was spread to several production halls via conveyor belts, he developed a partitioning system to prevent such fires from spreading while the conveyor technology was in operation. This was the idea and the foundation stone for his courageous step into self-employment.

In 1980, he founded the company STÖBICH Brandschutz together with 3 partners, Messrs Ahner, Odlozinski and Steinert, who, however, gave up their shareholding after some time and sold the shares to Jochen Stöbich, who then developed the company into today's world market leader.

With the founding of STÖBICH Brandschutz 40 years ago, Jochen Stöbich also laid the foundation for today's STÖBICH group of companies. As head of the company and inventor, he shaped the industry of preventive structural fire protection for decades with ingenious product developments. Numerous awards followed as today's proof of the high innovative strength. Until the end, Dr. Stöbich drove his ideas forward with courage, enthusiasm for technology and the highest level of commitment, worked on the realisation of his visions and shaped his own group of companies, as well as the entire fire protection industry, like no other.
He actively participated in the standardisation work of DIN as well as the European CEN and was involved in various trade associations and organisations.

As an entrepreneur, he demonstrated foresight, a feel for opportunities and, above all, the courage to seize them. Jochen Stöbich shaped his company from a former start-up into today's globally active and leading specialist for structural fire protection solutions. The company is therefore listed in the Lexicon of German Family Businesses and also in the Lexicon of German World Market Leaders. It was always important to him that Stöbich remained in family ownership.

After the successful development of STÖBICH Brandschutz GmbH and the group of companies and more than four decades of management, Jochen Stöbich relinquished the management of the company in October last year and withdrew from the operative business. Now the fire protection pioneer and businessman has died at the age of 77. 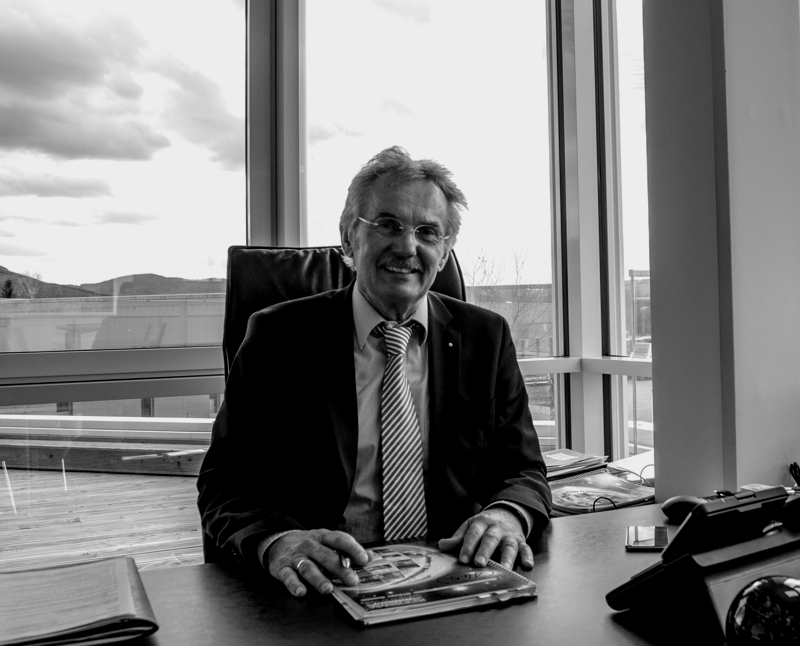 After his death, the family remains represented by three daughters Kerim Stöbich-Schaller, Janine Stöbich-Uffel and Liesa Stöbich as partners. Since last year, the management of the holding company has been taken over by three managing directors who have succeeded him in the various resorts and enjoy the trust of the Stöbich family.